In Search of: Funny Girls

In Search of: Funny Girls

I love Blazing Saddles and Airplane. Could you suggest some movies with women as the center that are funny and I might enjoy along those lines?

That’s kind of tough, because those are such great modern comedies, and both have great strong female characters played by Madeline Kahn and Julie Hagerty, respectively. I assume you mean a mostly female cast? There really aren’t movies with that kind of humor, if they are women centered, they are more like buddy flicks…and to be honest, without the amazing talents of women, many of the best modern comedies would be far less brilliant…take Young Frankenstein, in which both Teri Garr and Cloris Leachman are an essential part of the cast!

Here, though, are two that are very funny and center around women I can recommend: 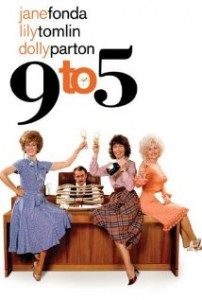 9 to 5 (1980): Dolly Parton, Lilly Tomlin, and Jane Fonda featured in a film that can sometimes be quite over the top, and hilarious, and covering the more challenging aspects of women succeeding in the workplace.

Gentlemen Prefer Blondes (1953): Granted, not exactly feminist in the modern sense, but very funny, directed by genius Howard Hawks, and certainly these women, (Jane Russell and Marilyn Monroe) know their power! And of course it gives you an excuse to see “Diamonds are a Girl’s Best Friend” on film!

Even though neither of these movies are very much like those two you mentioned, they do star women, and are both classics that hold an important place in history–with some great actresses and celebrities working together.

Hope you enjoy them!